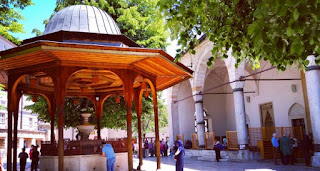 Now it's time to explore Sarajevo after making a daytrip to Mostar. Sarajevo is the largest city in Bosnia Herzegovina as well as the center of administration, economy, culture and sport.

In this article, I'll try to explain my observations about Sarajevo where I stayed in three nights. 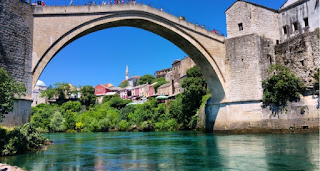 As a Turkish person, I think the place outside our lands that makes us touched most is Mostar due to our cultural ties. It was a really different feeling to cross the historical bridge and walk around the city.

In this article, I'll tell my experiences on transportation, money exchange, left luggage, baggage fees, border crossings, accommodation, local language, what to eat & drink and places to visit in Mostar.

First of all, I would like to say something short about its historical background.
Read more
Read more » 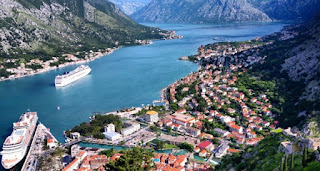 Finally, I had stepped on Kotor. Don't be confused if you see Cattaro signs around the city because this is the city's Italian name.

In this article, I will share my 2-day experience in Kotor. Before the details, I have got to say that I think walking in the narrow streets in Kotor is much more pleasant than doing the same in Venice. Since both cities are similar to each other I wanted to compare these two cities. 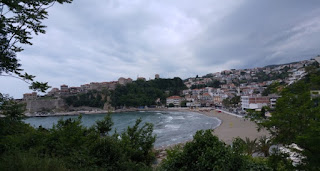 Now, the next destination was Ulcinj after having difficulties in terms of transportation in Shkodra. You will see Ulcinj and Ulqin on the signs. The first one is in Montenegrin language and the second one is in Albanian.

I was actually intending to visit Budva when I was planning my route, but I decided on Ulcinj possibly to be less crowded.

In this article, I will try to tell my observations on transportation, border crossings, money exchange, accommodation, local language, what to eat & drink and places to visit in Ulcinj.
Read more
Read more » 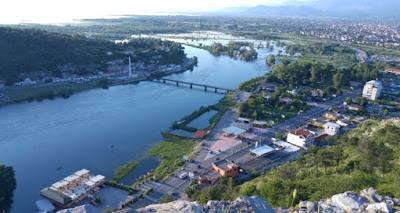 Shkodra or Shkodër in Albanian is one of the oldest settlements in Europe whose history dates back to 4th century BC. Lastly, they separated from Ottoman Empire in 1912 after 500-year of sovereignty.

As I had supposed that reaching Shkodra would have been the most difficult route in my Balkan trip and my prediction was absolutely true at the end. However, the conditions were not so bad but the the worst part of this was wasting too much time.

In this article, I would especially like to give you the travellers how to go to Shkodra without private car or so as there are very limited and inssufficient source on the internet. I'll explain how to come here from the very first beginning, Ohrid. Apart from transportation you'll also be able to find about changing money, border crossings, accommodation, places to visit, food and more in Shkodra.
Read more
Read more » 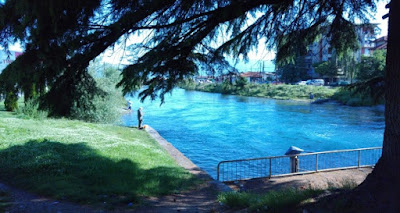 Struga is a town which is located 15-20 km north of Ohrid. The most densely populated cut here is Albanians.

I hadn't planned to go to Struga before I set out for the Balkans but I had to reach Tirana first in order to get to Shkodra and the only option to come to Tirana was to take the bus from Struga as there were no direct buses from Ohrid.

In this article, I would like to give some information about Struga, mostly on transportation.
Read more
Read more » 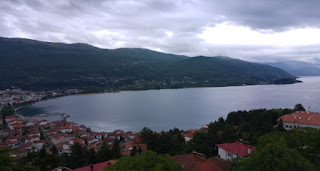 17th century Turkish traveller Evliya Çelebi says that Ohrid was as prosperous as Baghdad, Egypt and Constantinople those years and incredible amount of profit emerged due to the product of its lake. That's why many Emperor's tried to capture here to have that profit. Lastly, Mehmed the Conqueror captured here and Serbians took control in Ohrid after 500 year of sovereignty of Turks.

In this article, I will give some information about transportation, accommodation and places to visit in Ohrid. I would also suggest to staying here at least 1 night. 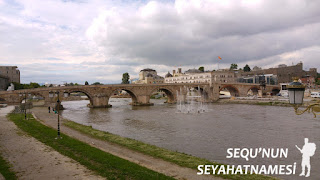 After the preparation process to my Balkan trip, my travel route was like this :

I can say that I had never confronted with any bad situation during my Balkan trip which was done on my own without any tours or agencies. I would also like to give stats now instead of at the end of my articles. I totally stayed 15 nights in the Balkans and the money I spent was only 550 Euros and return flight ticket, transportation, food and accommodation were all included.

In this article, I would like to share my own experiences on transportation, baggage fees, left luggage, exchange money, border crossings, accommodation, places to visit, Macedonian language and what to eat & drink in Skopje.